Ambassador of EU to South Africa - 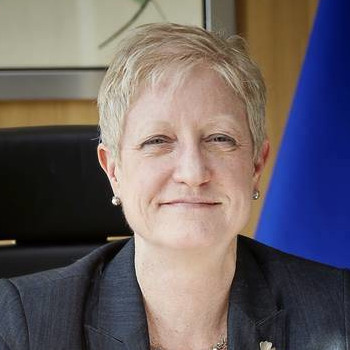 Riina Kionka is EU Ambassador to the Republic of South Africa. She arrived in Pretoria in October 2019 to head the Delegation of the European Union to South Africa. Previously, she was chief foreign policy advisor to the President of the European Council, Donald Tusk, appointed in 2014. Prior to this she led the Central Asia Division at the European External Action Service, and she led on Human Rights for the EEAS and earlier at the EU’s Council Secretariat, representing Secretary General / High Representative Javier Solana on human rights within the framework of the Union’s Common Foreign and Security Policy. Predating this, she deputised for the Director dealing with the United Nations, the Americas, counterterrorism and human rights at the Council Secretariat. Before her move to the EU Institutions, she worked at the Estonian Ministry of Foreign Affairs.