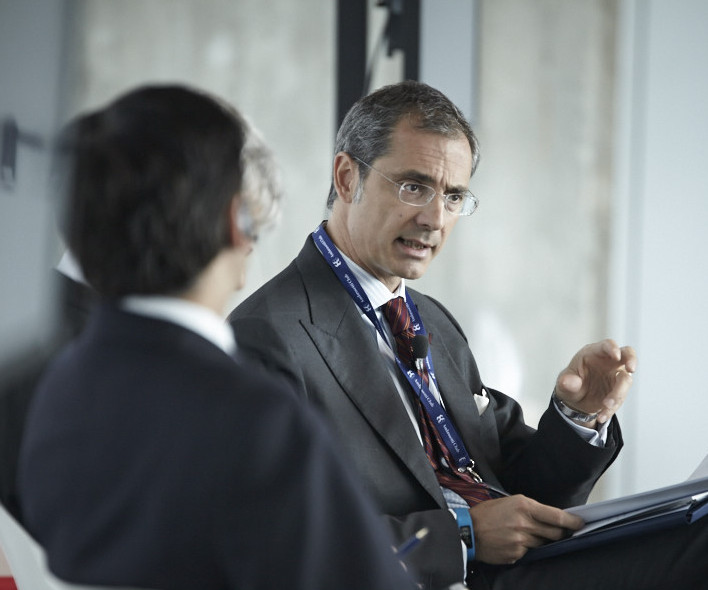 Valerio De Molli has been Chief Executive Officer of The European House – Ambrosetti since 2005. He has been Partner since 1999.
He is also Director of London’s Ambrosetti Group Limited, Senior advisor of the most important Italian venture capital fund, United Ventures (focused on Consumer Internet, Software and Mobile), and Mentor of the Kairos Society, an association of young American entrepreneurs. He has been a member of YPO (Young Presidents’ Organization) since 2011.
He has worked in the fields of top management, strategy, internationalization and human resources development for a number of large and medium companies and institutions including: Alliance Boots, Areva, Barilla, Bayer, BMS, Eli Lilly, Enel, Falck, Ferragamo, Ferrero, FSI, Gefran, GE International, HP, IFIL, Illycaffè, Novartis, Pfizer, Philip Morris International, Sara Lee, Shell, Sumitomo, Valagro and WPP.
He is, and was, a member of the executive committees and the boards of directors of numerous companies.
He gives lectures and seminars on strategy and management for top executives of various companies, associations and universities.
He is the author of “Towards excellence. Boards of directors: a tool for an effective system of corporate governance. Proposals and recommendations”, published by Sperling & Kupfer in May 2005, and “The Fundamentals of Strategic Management – Paradigms of the Corporate System”, published by IPSOA in January 2009.
He founded and continues to chair important Think Tanks including “Observatory on Europe” in Brussels, “Observatory on the Excellence of Corporate Governance in Italy”, and “Meridiano Sanità”, among others.
From 1995 to 2000, he was head of the International Division of The European House – Ambrosetti where he oversaw its activities in Europe, China, Japan and the United States.
Since 1992, he has been responsible for The European House – Ambrosetti’s Forum “Intelligence on the World, Europe, and Italy”, which is held every September at Villa d’Este in Cernobbio, Italy.
He was the local organizer of the 2004 Bilderberg meeting in Italy.
Before joining Ambrosetti he worked as a financial advisor in the corporate finance division of Paribas in Amsterdam. He also worked at one of the principle stockbrokers in Milan, Belloni & Tedeschi, and in the research and analysis department of Banca Popolare di Luino e Varese.
He obtained a degree in Business Administration from Bocconi University and is married with three children. 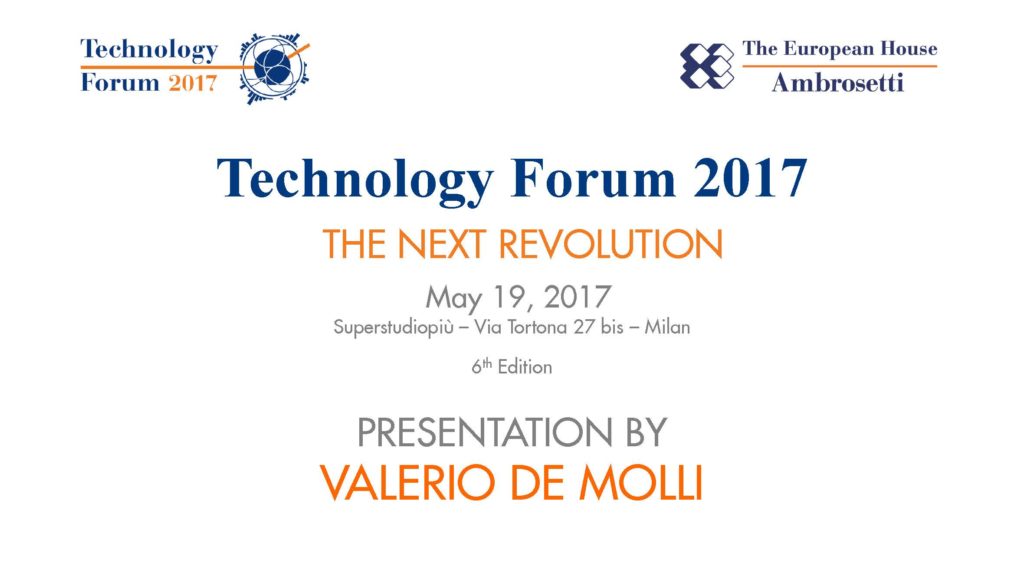