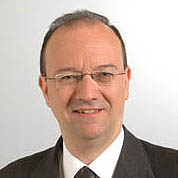 Giuseppe Valditara is Head of the Department for Higher Education and Research at Ministry of Education, University and Research. He is full professor of Roman Private Law at the University of Turin and he teaches Roman Public Law at the European University “Legionari di Cristo” in Rome. In 1992, thanks to his book “Studies about magister populi. From King’s Military Auxilaries to first Repubblican Magistrates” (Milan, Giuffrè, 1989), he won an international grant for studies about history of political and juridical institution, proclaimed by the President of the Constitutional Court. He is Scientific Director of the Juridical Periodic “European Juridical Studies”. He was President of Law Department at European University in Rome.