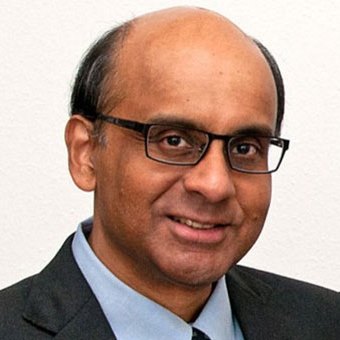 Tharman Shanmugaratnam has been Deputy Prime Minister of Singapore since May 2011. He also serves as Chairman of the Monetary Authority of Singapore.
Since January 2017 he has been the Chairman of the Group of Thirty (a consultative international group of the 30 leading financiers and academics), after being admitted in 2008.
Since 2011, he has been the Chairman of the International Monetary and Financial Committee of the International Monetary Fund.
He was the Minister of Education of Singapore from 2003 to 2008. From 2011 to 2013 he was the Minister for Manpower. Concurrently, he held the office of Minister of Finance from December 2007 to September 2015. Since October 2015 he has also been the Co-ordinating Minister for Economic & Social Policies.
He received his bachelor’s degree from the London School of Economics, which awarded him an Honorary Fellowship in 2011. He obtained a master’s degree in Economics at the University of Cambridge, and a master’s degree in Public Administration at Harvard University.