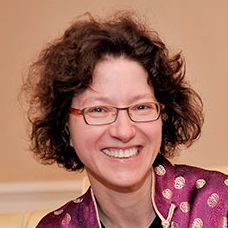 Rachel Freeman is the Financial Institutions Advisory Manager for Asia.
In her role, she leads IFC’s advisory program for existing and potential investee clients for value enhancement and development impact, to achieve IFC’s goals in financial inclusion and climate change mitigation. Rachel leads the IFC team to desigs and implement client solutions in SME finance, bank-fintech collaboration, MFI transformation, risk management, Banking on Women, agrifinance and climate change finance with strategic IFC clients. She had joined IFC in 2001 to set up and manage the Central Asia Leasing Project, one of IFC’s first advisory programs in Central Asia.
In 2004, she moved to Johannesburg as the deputy general manager of IFC’s advisory services for Sub-Saharan Africa, where she was instrumental in redesigning IFC’s advisory services. She also served as the agribusiness lead investment officer in Central Asia before relocating to Asia in 2012.
Prior to joining IFC, Rachel was involved in several entrepreneurial ventures in the US and Russia, and also worked for the US Department of Housing and Urban Development.
She holds a Masters in Business Administration from the University of Michigan Business School and a degree in International Politics and Economics/Russian from Middlebury College. She also attended Executive Education at Harvard University’s Kennedy School of Government.