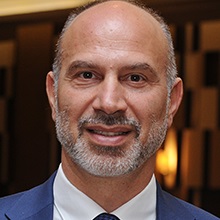 Maurizio Coratella has been SAIPEM Chief Operating Officer of the on-shore Engineering and Construction Division since March 2018.

In 1999 he joined Edison and was appointed Project Manager of the first IPP built in Egypt, the power Station of Sidi Krir. Since then, he covered several positions among which: Construction Director of the LNG Plant of IDKU Egypt, based in Houston, in 2002; Executive Vice President for Projects in Edipower responsible among other projects of the re-powering of 4000 MW in Italy, in 2005; General Manager in Egypt of Edison’s activities, following the 1.4 billion US dollars acquisition of Abu Qir assets, in 2009; VP for Edison’s E&P activities for Egypt and the Middle East, in 2012; and Executive Vice President Exploration and Production Division and Chief Executive Officer of Edison International in September 2016.

He started his career in 1990 as an entrepreneur in the IT business and in 1994 joined ABB (Asea Brown Boveri) where he occupied various positions in Italy and abroad in the Power Generation Industry.

Maurizio Coratella was born in 1965 and graduated in Industrial Engineering at Politecnico di Milano – Italy. He is married and father of two children.