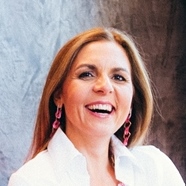 Licia Mattioli is Chief Executive Officer of Mattioli S.p.A.
She is Vice President of Confindustria for Internationalization and foreign investors, member of the General Council of Confindustria and member of the board of the North-West Territory of Unicredit.
She is also Councilor of the Board of Directors of SIAS, of the European School of Management Italy (ESMI – Italian branch of ESCP Europe), of ICE and of Pininfarina. She is Vice President of Compagnia di SanPaolo.
After having been nominated Vice President, she became President of the Unione Industriale of Turin, the Turin association of entrepreneurs. At the same Institution she was also Vice President of the Young Entrepreneurs Group.
She was President of Confindustria – Federorafi and President of the Italian Women Jewelry Association.
She was also Vice President of the Women Entrepreneur Committee of the Chamber of commerce of Turin and of the Incubatore I3P of Turin.
In 2011, she founded “Exclusive Brands Torino” – the first cluster in Italy gathering a selection of leading companies in the luxury market, for which she was President.
She was also Councilor of FIAMP – Italian Federation of Fashion and Personal Accessories and Member of the Executive Council of the Chamber of Commerce of Turin.
She received the Alda Croce award of Pannunzio Center in 2015, the Mela d’oro award of Fondazione Bellisario in 2010 and she was awarded by the Italian Women’s Jewelry Association for excellence of Italian jewelry.
Born in Naples in 1967, Licia Mattioli graduated in law.