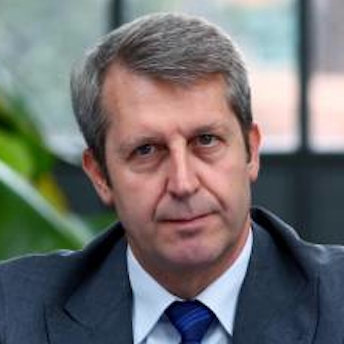 Benedetto Della Vedova is Deputy Minister of Foreign Affairs and International Cooperation of Italy since February 2014, first in the Government of Prime Minister Matteo Renzi and, since December 29th, 2016 in the Government led by Prime Minister Paolo Gentiloni. His portfolio includes relations with Asia-Pacific countries, Canada and Mexico, supporting the internationalization of Italian companies, and economic and financial matters related to the G8 and the G20.
A member of the Italian Senate until March 2018, he was elected in 2013 with the party founded by former Prime Minister Mario Monti, Scelta Civica. He has a longstanding career as MP both in the Italian Chamber of Deputies from 2006 to 2013, and as a member of the European Parliament from 1999 to 2004, elected with the Emma Bonino List. During his tenure in Strasbourg, he was a member of the Committee on Economic and Monetary Affairs and of the Committee on Industry, Research and Energy, and also a member of the Delegation for relations with countries of South Asia and the SAARC.
He was also a government-appointed Counsellor at the National Council on Economy and Labour of Italy, CNEL, in 2005-2006.
As a commentator on political and economic affairs, he has been a contributor to Italy’s major economic national newspaper Il Sole 24 Ore and to the Corriere della Sera. He conducts radio programs on Radio Radicale and is a regular commentator for Strade magazine.
A member of the Transnational Radical Party since 1992, he is a staunch advocate of human rights and fundamental freedoms, of the abolition of the capital punishment, of free market and the European Union. He promoted a bill in the Italian Parliament on the legalization of cannabis in the previous legislature which was co-sponsored by a vast cross-party group of Italian MPs.
He was researcher at the Bocconi Institute for economics of energy sources, IEFE, and at Lombardy’s Research Institute, IRER, as well as Assistant professor for Economics and Agricultural Policies at Università Cattolica, Milan.
Benedetto Della Vedova has a degree in Economics at Bocconi University, Milan.