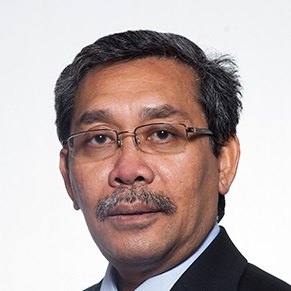 Beginning May 2015, he served as the Executive Director of Investment Promotion and led 3 divisions of MIDA, namely Foreign Investment, Domestic Investment and Corporate Communications. In addition, he supervises the coordination of MIDA’s 12 state offices and 23 overseas offices.

In 2013 he served as Director of the Foreign Investment Division, upon returning from New York, where he served as the Director of MIDA New York for 4 years, promoting Malaysia to investors in East Coast of USA, from 2009.

From September 1994, he served as the Deputy Director of MIDA Cologne, Germany for 6 years, promoting Malaysia as an investment destination to companies in Germany, The Netherlands, Belgium, Austria and other Eastern European countries.

He joined the Malaysian Investment Development Authority (MIDA) as an Economic Affairs Officer in 1989 and worked primarily in the Foreign Investment Division, which is MIDA’s frontline division for attracting and facilitating foreign investments into the country.

Arham Abdul Rahman obtained a Bachelor’s Degree in Economics from the National University of Malaysia (UKM). As part of the MIDA Management Team, attended the Senior Executive course at the Kennedy School of Government, Harvard University USA in 2011.