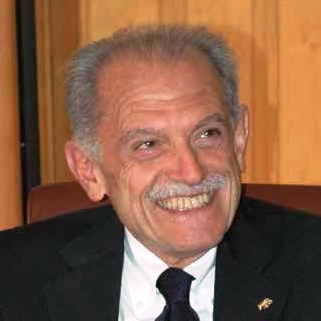 Researcher, entrepreneur and consultant – Alberto Sangiovanni Vincentelli holds the Edgar L. and Harold H. Buttner Chair of Electrical Engineering and Computer Sciences at the University of California (Berkeley).
He’s co-founder of Synopsys and co-founder and member of the Board of Directors at Cadence, a leading provider of Electronic Design Automation (EDA) and semiconductor intellectual property.
He’s a member of the Science and Technology Advisory Board of General Motors, of the Advisory Board of Walden International, Sofinnova and Innogest Venture Capital funds and a member of the Investment Committee of the VC fund Atlante Ventures, by Intesa Sanpaolo.
He holds important positions in CNR, IIT and Fondo Strategico Italiano; since July 2012, he has been named Chairperson of the Comitato Nazionale Garanti per la Ricerca, a seven person committee established by the Ministry of Education, Scientific Research and University of the Italian Government to oversee the evaluation processes for research in Italy.
Former advisor to the Singapore Government for microelectronics and new ventures, he consulted for many companies including Bell Labs, IBM, Intel, United Technologies Corporation, COMAU, Magneti Marelli, Pirelli, BMW, Daimler-Chrysler, Fujitsu, Kawasaki Steel, Sony, ST, United Technologies Corporation and Hitachi. He consulted for Greylock Ventures and for Vertex Investment Venture Capital funds.
He has held a number of visiting professor positions, from the Mathematical Sciences Department of the IBM T.J. Watson Research Center, to the MIT, and at several Italian Universities, including Politecnico di Torino, Università di Roma, La Sapienza, Università di Roma, Tor Vergata, Università di Pavia, Università di Pisa, Scuola di Sant’Anna.
He is an author of over 780 papers, 17 books and 2 patents in the area of design tools and methodologies, large-scale systems, embedded systems, hybrid systems and innovation.
Alberto Sangiovanni Vincentelli has been a Fellow of the IEEE (Institute of Electrical and Electronic Engineers) since 1982 and a Member of the National Academy of Engineering, the highest honor bestowed upon a US engineer, since 1998.
He obtained an electrical engineering and computer science degree from the Politecnico di Milano, Milano, Italy in 1971.