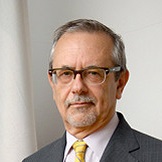 Michelangelo Pipan has been Executive Vice President of the ITALY-ASEAN Association since its inception, whose creation he was instrumental to. He is an Italian retired career diplomat with a vast experience in economic, cultural, scientific and development diplomacy. He has held several senior positions at the Ministry of Foreign Affairs and other Institutional Bodies in Italy, Europe, Asia and Africa. His first assignment overseas was to the Embassy in Manila in 1981 and he concluded his career as Ambassador to Thailand, Laos and Cambodia. His extensive knowledge – and keen interest – on South East Asia is also due to the positions he held in Rome at the Ministry of Foreign Affairs in the departments for Economic Affairs, Development Co-operation and Asian Affairs.