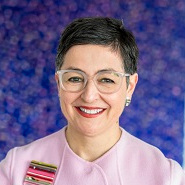 Arancha González has been Executive Director of the International Trade Centre, the joint development agency of the United Nations and the World Trade Organisation, since 2013. She has extensive knowledge about international trade and economics, coupled with broad experience in trade and development matters in the public and private sectors, as well as in management at multilateral organizations. Previously, she served as Chief of Staff to WTO  Director-General Pascal Lamy from 2005 to 2013. She held several positions at the European Commission, conducting negotiations of trade agreements and assisting developing countries in trade-development efforts.